Welcome back to Bookish Things! This is a series of interesting bookish things that I have found. The Reading Lately linkup is back next week Friday (April 28)! I hope you can join Cat (from Catherine Chicotka) and I to link up what you have been reading lately. You can grab the button right here. Want to join a book club but don’t want to commit to meetings and the like? Come join The Blended Blog virtual book club! We will be announcing our May picks on Thursday, so it is the perfect time to join. You can learn more about the club here. 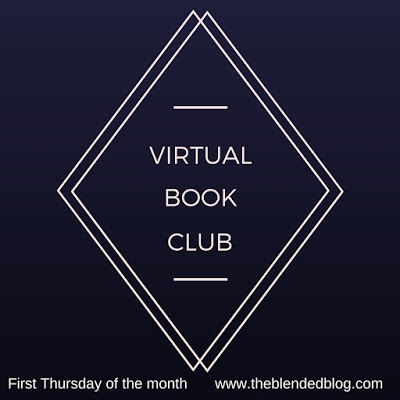 I’ve read my fair share of Philippa Gregory books. So when I saw that Starz is going to have a mini series called The White Princess, I got excited. I can’t wait to watch it! PS: Game of Thrones fans, does Margaret Beaufort look familiar??

Warning: your wallet will likely not thank you for this one. I recently found BookOutlet, a place that has “read-iculously low prices.” (got to love a good book pun!). And the prices are crazy. I’ve gotten new, hardcover books for $3.99! I mean, how can you beat that? Now, they don’t have every book you would ever want, but there is a huge selection all the same. So it is great for browsing. I know I’ve found books that I wanted to read but didn’t want to pay the big hardcover price. Or book that I had initially borrowed from the library but want to complete the series because I bought the ones after that. Even better? Shipping is pretty darn cheap (even for Canadians!). I did some comparisons between their prices and Amazon and BookOutlet almost always won out, even against used books. I’ve already placed 2 orders and now need to put myself in timeout so I don’t buy all the books.

I’m intrigued by this book, The Queen of Blood, part of the The Queens of Renthia series. The paperback is coming out on April 25, so I’m thinking I’ll pick it up then. The second book in the series comes out in July, so there wouldn’t be too much of a wait before the next one.

An idealistic young student and a banished warrior become allies in a battle to save their realm in this first book of a mesmerizing epic fantasy series, filled with political intrigue, violent magic, malevolent spirits, and thrilling adventure

Everything has a spirit: the willow tree with leaves that kiss the pond, the stream that feeds the river, the wind that exhales fresh snow . . .

But the spirits that reside within this land want to rid it of all humans. One woman stands between these malevolent spirits and the end of humankind: the queen. She alone has the magical power to prevent the spirits from destroying every man, woman, and child. But queens are still just human, and no matter how strong or good, the threat of danger always looms.

With the position so precarious, young women are chosen to train as heirs. Daleina, a seemingly quiet academy student, is under no illusions as to her claim to the throne, but simply wants to right the wrongs that have befallen the land. Ven, a disgraced champion, has spent his exile secretly fighting against the growing number of spirit attacks. Joining forces, these daring partners embark on a treacherous quest to find the source of the spirits’ restlessness—a journey that will test their courage and trust, and force them to stand against both enemies and friends to save their land . . . before it’s bathed in blood.

What bookish things have caught your eye lately?